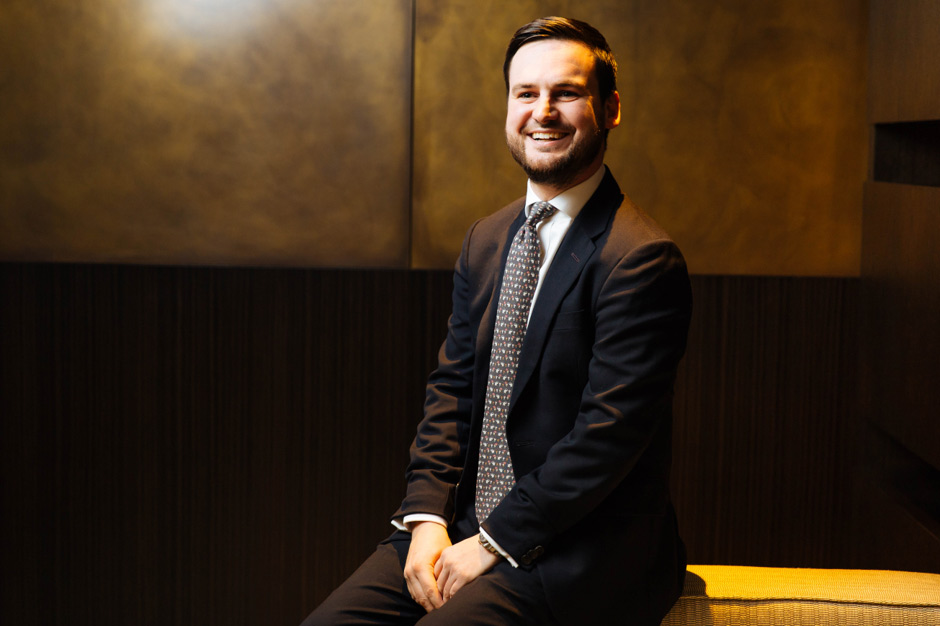 Welcome to the February edition of the Northacre Journal and the first of the new decade. With our two flagship developments nearing their completion dates, 2020 was always going to be a milestone year and we have certainly started it off on a high. Since January 1st we have closed more than £60m in sales at No. 1 Palace Street and The Broadway -a fantastic achievement that is fuelling great optimism for the future of the property market in London. After some uncertainty, the resilience of the market is clear and the recent return of investor confidence in the capital is reassuring.

In this month’s Journal, myself and Rob Windsor, Director of Clifton Property Partners, talk through the weeks that have followed the general election and the UK leaving the EU and what effects we’ve seen as a result. Although we remain cautiously optimistic, it is exciting seeing such a sharp increase in demand and market activity.

We are pleased to introduce our readers to The Broadway Collections. With sensational views on offer from every apartment at The Broadway, buyers can choose their dream apartment from the panorama before them when the curtains are drawn. Wake to scenes across historic Westminster of London’s iconic skyline beyond or lose yourself in the regal world of Buckingham Palace below. There are views that sweep across the Royal Parks or those that showcase the majesty of Big Ben. Which Broadway Collection would you like to call your own?

Finally, as with every edition, we give our top tips on things to do in the city over the coming weeks. As Winter releases its icy grip and the weather begins to warm, we look forward to more events and more time spent outdoors. We hope you enjoy the read and we’ll be in touch again in the Spring.

For the eternal optimist, the mere sight of a snowdrop in any of London’s Royal Parks heralds the start of spring. Whatever the season, the capital is abuzz with new happenings. Those with a penchant for rare orchids are in for a treat at Kew Gardens Orchids Festival (March 8th). But if automobiles are more your thing, the V&A’s Cars: Accelerating the Modern World exhibition runs until April 19th.  Meanwhile, Collect, The International Art Fair for Modern Craft and Design opens at Somerset House (Feb 27th – March 1st). Displaying the work of 400 artists from over 40 galleries spanning three continents, it is the perfect place to pick up a rare piece for the home. Might we also suggest:

Who can forget the opening scene in Breakfast at Tiffany’s when Audrey Hepburn gazes longingly into the windows of the celebrated jewellers, croissant and coffee cup in hand. Well, now you can enjoy breakfast at Tiffany’s in the literal sense, courtesy of Tiffany’s new Blue Box Café at Harrods. Here, breakfast, afternoon tea and dinner are served against a backdrop of Tiffany Blue. Cocktail dress and pearls are optional of course.

In this the first major Warhol retrospective at Tate Modern in two decades (March 12th – September 6th), over 100 works including iconic pop images of Marilyn Monroe, Coca-Cola bottles and Campbell’s soup cans come under the spotlight. Warhol aficionados can also view previously unseen works including a rarely loaned 1980’s portrait of Debbie Harry and immerse themselves amongst the artist’s interactive Silver Clouds installation.

At last the wait is over! Gymkhana, the much-loved Michelin-starred Indian restaurant, returns to Mayfair. As part of the impressive redesign, the interior, all jade green and dark polished wood, takes its cue from colonial British/Indian members’ clubs. Executive chef, Jitin Joshi, continues to steer the menu, which focuses on bold pan-Indian flavours. The Chettinad Duck Dosa with Coconut Chutney and Duck Egg Langoustine Bhurji with Malabar Paratha come highly recommended.

Lanserhof At The Arts Club

More NASA science lab than gym, German wellness brand Lanserhof’s new Mayfair outpost boasts its own team of in-house doctors, cardiologists, nutritionists and personal trainers. It is the only private health club in the country to own an MRI scanner, which will scour the body for pesky visceral fat. In the dedicated spine lab, patients wearing virtual reality headsets are rolled around on the Icaros, a futuristic contraption, which slowly stretches the upper body and checks for any skeletal issues. Brace yourself!