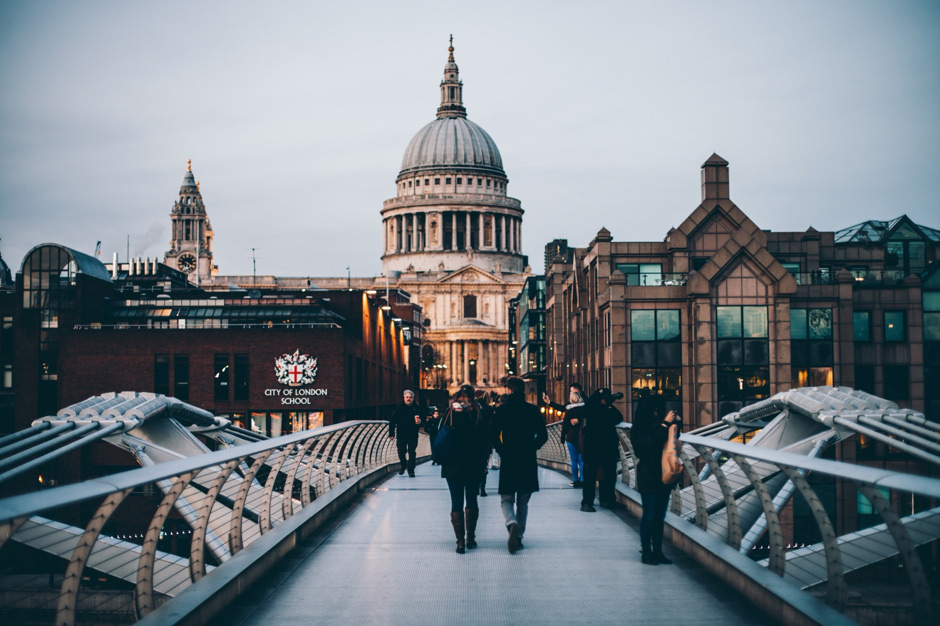 First the Brexit freeze, now the post-Brexit thaw.  According to a recent Land Registry report, the average price of a London home is just £5,000 shy of 2017’s all-time high. Elsewhere, Knight Frank notes a spike in residential demand with the number of prospective buyers hitting a 15-year weekly high in the first two weeks of January alone. With the first signs of green shoots appearing, we invited Northacre’s head of sales, Simon Edwardson, and Robert Windsor, director and co-founder of Mayfair-based Clifton Property Partners, to discuss how the Brexit years took their toll on the London property market and what the future holds under a new Conservative government.

“We operate in a market which isn’t necessarily ‘needs’ based and consequently with all the uncertainty that the referendum result brought, many buyers adopted a wait and see approach,” recalls Robert. “In reality though, it wasn’t so much the ‘B’ word but the ‘C’ word and the threat of the Corbyn government in the London market. That said, along the way, there were some extraordinary headline deals at record levels. Stock levels remain low and buyer sentiment is up, so we believe it will be business as usual from here-on-in!”

“The Conservative win in 2019 gave the market instance confidence,” notes Simon. “We have done very well in the last couple of months taking over £60 million worth of sales across No.1 Palace Street and The Broadway, which is amazing considering both products are off-plan. Other developers that are seeing success have completed stock but I believe that buyers really understand the quality that we are offering and are jumping right in.”

Simon continues: “In hindsight, I think the biggest issue for us was that the Brexit dates kept changing as to when that decision would be finalised. This held everyone back. Then, we had to contend with talk of increased Stamp Duty reforms, which created further uncertainty, causing buyers to delay on making a decision to invest.”

“Speaking of Stamp Duty, you will have seen the CPS study last year pushed for a comprehensive reform to the tax?” asks Robert. “It tallied with Boris Johnson’s pre-election hints that he was set to remove SDLT for buyers up to £500,000 and reverse George Osbourne’s 2014 hikes on more expensive homes which, for all intents and purposes ground the property market to a halt. An increase of 3% on top of current levels would be extraordinarily damaging to the market, but I believe (hope!) that the chancellor will reverse the 2014 changes and add 3% to those levels meaning buyers at the very highest level would pay 10%.”

“Luckily, the curve has always pointed in an upward trajectory and property prices stabilised rather than fell in the years following the general election,” adds Robert. “When we refer to the peak of the market, these are typically short periods of between 6 months and a year where prices ‘spike’ owing to unusual levels of demand and low stock levels. We saw this in 2007 and 2014 and I believe 2020 will be a market where prices will hold firm and we will see an increase in the number of units sold. The lead up to Christmas and January overall were extraordinarily busy for us. We are seeing a lot of renewed interest from those buyers who have been sitting on the fence for the past three years, now ready to commit as well as new interest from a mixture of international and domestic.”

Turning to the three and a half years between the Brexit result and last December’s General Election when the international markets were understandably cautious, Simon says: “Historically we used to see specific demographics come forward from the Middle East, Asia, Russia… Not just those countries obviously as we have a much wider reach, but we have seen the Middle East step back a little bit, while Asia has continued to have an interest in London residential.”

Adding that more customers from Europe and the UK are now buying into The Broadway and No.1 Palace Street, Simon continues: “In terms of post-Brexit investment potential, Westminster is a safe bet. I think even before Brexit, JLL and the other agents were predicting a 16% growth in Westminster alone. The fact that they made their forecast before the Conservatives were re-elected says a lot. SW1 is one of the only areas to have shown good growth over a five-year period and with political certainty, it can only get better.”

“I would agree,” notes Robert. “Furthermore, now that the UK has officially left the EU, I’m cautiously optimistic about the future. I don’t think prices will escalate sharply, but with increased global and domestic demand coupled with distinctly low stock levels, I’d like to think we will see more churn, particularly if transactional costs are re-evaluated.”

“Ah yes, but let’s not forget that Brexit is still in play and a good deal still needs to be negotiated,” counters Simon. “The mechanics of what is actually done behind the scenes is key and how that will affect us remains to be seen. We have gone from quite a flat level playing field to a spike, which would be difficult to sustain. Once things have settled down, we will have a better idea as to the future of the UK property market.”